The Establishment Lineage of Donald J.Trump

As the Trump Campaign continues to implode under a spate of sexual misconduct allegations, I think it would be instructive to see how we all got here. The video and allegations that have sparked this latest implosion are terrible, but before you Republicans who jumped off the Trump Train early get too proud of yourselves — hold off. Because the rest of the campaign’s horrible racist and xenophobic messaging has been well in line with trends you’ve been completely fine with for decades.

Gather round, children. We’re going to take a trip in the Wayback machine for a tour of the race-baiting waterfront.

Let’s not forget that the patron saint of the Republican Party, Ronald Reagan has, shall we say, a checkered history when it comes to reaching out part of the base that’s never been cool with this whole Civil Rights thing. Ronnie’s first campaign stop was in Philadelphia,Mississippi. Now if you’re asking yourself why on earth anyone would do a campaign stop in Philadelphia Mississippi, let alone make it the first, some history is required. That particular town is fairly well-known as a KKK stronghold. Firebombing black churches and cross-burnings are all standard fare for this neck of the woods. However, that part of the Deep South is most famous for the murder of three Civil Rights workers — which happened in the same county, just outside of the Philadelphia area. So when Reagan stops there and gives a campaign speech about states’ rights, we all know what’s going on. We all know the types of people the campaign is trying to recruit. 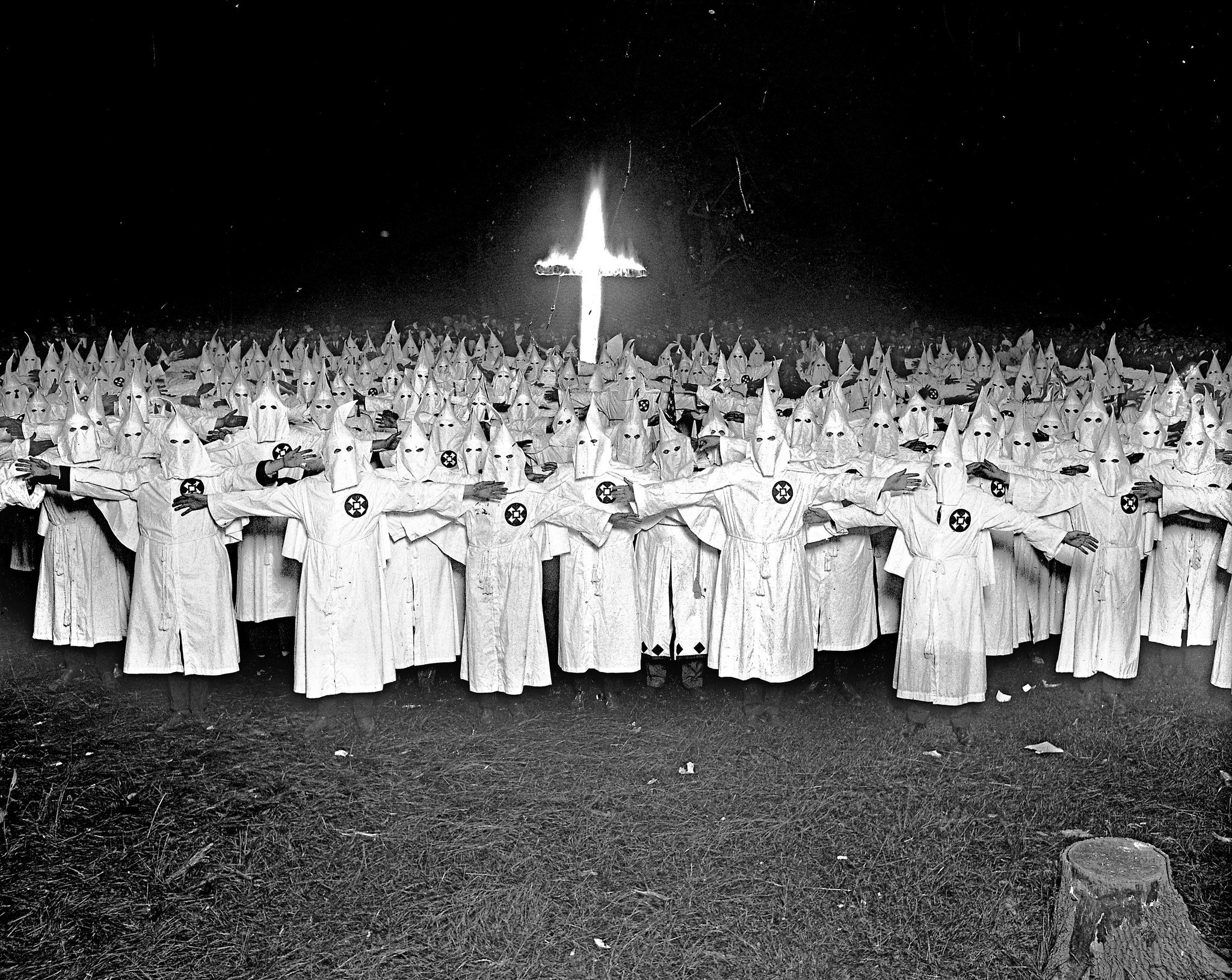 C’mere, Ronnie — somebody wants a hug.

So it’s not surprising that one of Trump’s early campaign stops, after he won the nomination was in Patchogue, Long Island. Once again, the only thing famous about Patchogue is that it was the site where a bunch of white teenagers went out looking for some Latinos to assault. The fact that he choose to speak only a few hundred yards from where the hate crime took place is either an incredible coincidence or more Republican outreach to a very specific kind of voter.

The party has been playing footsie with these folks going back to Nixon and the Southern Strategy. So forgive me as I roll my eyes when the Republicans say he doesn’t represent the party. I’m looking at you, Paul Ryan, who has criticized Trump’s comments about Mexicans but thinks that there’s no work ethic in black community (I’m sorry, did I say “black community?” I meant “urban communities.”) To say nothing of Paul Ryan’s finishing School for the Poor. Rand Paul is not only against the Civil Rights Act but also presumes to lecture Black People about Black History. Rick Santorum, the runner-up in the 2012 Republican nomination likes to go before all-white audiences in Iowa and talk about the evils of Black people on welfare. Oops, he didn’t say/mean black people. He meant Blah people. Of course. And Jeb Bush, ever the erudite statesman, has no issue whatsoever talking about anchor babies. But don’t worry — he wasn’t talking about Hispanics! Asians are the *real* anchor babies, and somehow this is better, because Reasons.

It wouldn’t be a political story, of course, without Mitt Romney doing a total 180 on yet another article of faith. Most recently he’s been sounding the alarm bell about Trump’s Trickle Down Racism. Not a bad line. Unfortunately,  in 2012 he went to Trump Tower seeking and accepting Trump’s endorsement. That would be a year after Trump made Bitherism famous. A little late in the game to find religion on Trump’s racism no? Then again, Romney’s idea of immigration reform was making life so terrible for undocumented immigrants that they would “self deport”.

This is how the supposed adults in the party talk about race. It gets much, much worse the further you go. Google Steve King, Jeff Sessions, Charlie Webster, Pat Buchanan, Paul LePage or any B-, C-, or D-lister Republican of any note at all, add “race” to the Boolean string and plan to spend an afternoon popping Tums, shouting at your computer and worrying about the fate of the Republic.

So when some rich asshole who became well-known on Fox TV for being the Birther-in-Chief gets up on a stage and says Mexico is sending us rapists and murderers, climate change is a hoax perpetrated by the Chinese, and the U.S needs some variation of banning people from the country based on their religion, just realize that for the voters to whom he is speaking, the party’s racism is a feature not a bug.

To recap, there is both precedent and attention to detail that come through in the structure of this otherwise chaos-fueled, conspiracy-laden dystopian nightmare of a campaign. The kickoff  = Reagan. Campaign ads designed to stoke white fear = Poppy Bush. Too many non-white people are coming into the US = Pat Buchanan. It’s like a cover band playing the greatest hits of white grievance.

Suffice to say, there’s a reason why the KKK and similar white separatists groups are really excited about a Trump candidacy. And the GOP doesn’t get to throw its hands up all of a sudden in shock and horror saying “We’re not like that guy.” You are in fact that guy. You built this.

In the classic horror movies, there are two tropes of note: the monster always returns to kill its creator, and the monster was never the real villain. The horror is always greatest at the source: the real monster is Dr. Frankenstein, not his creation. So when you see establishment Republicans wailing to the skies, gnashing their teeth and rending their clothes over Trump’s ascendancy, just know that they should look in the mirror. The true horror here is their own reflection.